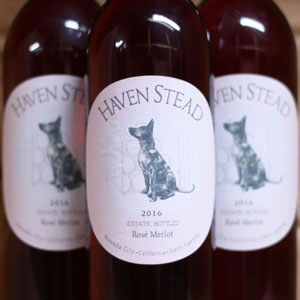 Very bright, crystal clarity wrapped around a dark Merlot garnet core, which is an indicator of its old vine quality. Bouquet has notes of small black roses, plum blossoms and white pepper. Black raspberry fruit with aromatics of pomegranate and red currant, reminiscent of Rosé wines from the Loire Valley, but even drier and zippier. A well-structured body which wants to linger a while on the tongue and then end with a refreshing crisp finish that has not even the hint of a sweet or confected aftertaste. It is the ultimate wine to pair with salads of cheese, walnuts and cranberries; potato salads with Greek olives; gourmet chicken sandwiches with red bell pepper; roasted polenta with goat cheese; and creamy, nutty, buttery desserts. Perfectly balanced acidity, which also makes it suitable to drink as a cocktail, without food, or with small Spanish savory dishes. Should be consumed at 42F. 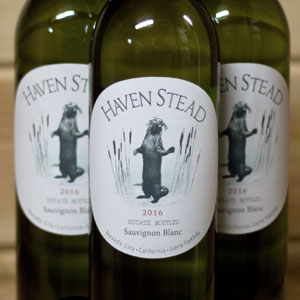 The wine's color mirrors the citrine gemstone with hints of platinum, abundant with light. The bouquet is intense and evocative of aged Chablis: woody, yellow roses, notes of baked apple. The tongue reveals an astonishing freshness like fine mineral water, stony and earth. It has perfectly balanced acidity, which also makes it suitable to drink as a cocktail, or with small Spanish savory dishes. Consumed at 45F. 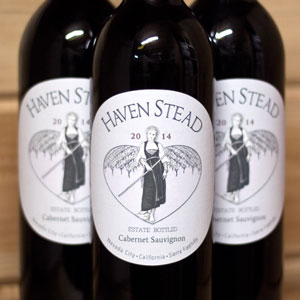 This reserve mountain Cabernet Sauvignon was grown on a stony hill and the bouquet is stony, making a mineral impression on the olfactory receptors, and as the wine spills over the sides of the tongue its taste rises on the palate like smoke around a snowy cabin, intricate, mysterious, dark with raspberry hints. To be lingered over and enjoyed at leisure. Serve between 65F and 70F.

The following reserve and limited quantity wines may be available. Contact us for details.